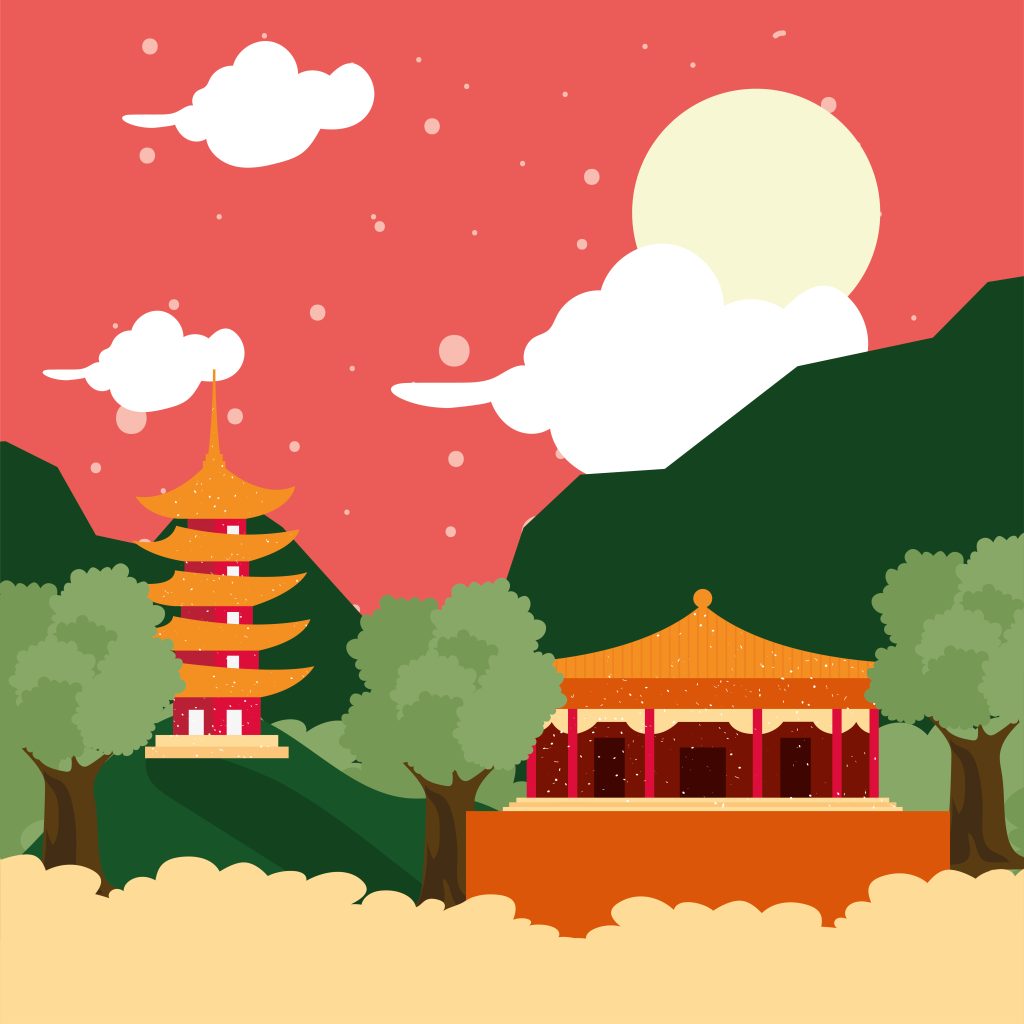 “Will the shrine hold, Master Tao?”

Master Tao, the architect, looked at his king and sighed—his ancient face full of wisdom, “It is God’s hands that hold up this structure, my lord. We can plan and build it as meticulously as possible and yet it might get washed away in the waves of time. We can only pray that it holds.”

“So you guarantee nothing?”

“I would lie if I said I could. I do not know if the base would be strong enough to hold the dome. Nobody has ever attempted to build a structure on this scale. You honour our faith greatly, my lord.” he tried to placate the king.

“You better make it hold, Master Tao. We are emptying our coffers on building this structure. It will be our legacy. Or a lot of heads would be rolling on the ground”, he warned. The architect visibly paled but then bowed and replied, “Of c-course, my lord.”

And so the work began to build the most magnificent shrine dedicated to God and his saints. Thousands and thousands of labourers came from far and wide to write their names on the very bricks of the holy place. To have a hand in building the shrine that would be watched for centuries in awe. They worked through wind and rain and snow and slowly the first glimpses of the wonder could be seen.

The days were hard. Labourers struggled to bring up heavy loads to build the dome. Some fell and died from the heights, while some were crippled for life but nobody ever complained.

It was a strange irony that God had built men with his hands and now men were creating God with theirs.

“The plague. The plague has hit the streets”

“Run from the city!”

Shouts rained down the busy marketplace as people ran in every direction to avoid the plague.

The bustling and busy hub of trade at the heart of the city soon looked dead. The streets were empty. Birds chirped on treetops unaware of the death that had begun sinking its claws onto the people. The carts were abandoned, fruits and vegetables scattered on the ground because of the mad rush.

News of the plague had reached the palace. Everyone was forbidden from going out or entering it. The servant quarters were being searched rigorously for any sign of infection. The royal family was quarantined.

“The work on the shrine has stopped my lord”, the sentry informed after the king had asked him for an inspection of the city.

The king looked grave and then burst out suddenly, “The work cannot stop. It mustn’t stop.”

“But the plague is upon us. No worker will ever agree to work in such conditions”, the prince said.

“Then persuade them! Give them coins.”

“The coffers are empty my lord. We would have had to stop the construction any day now.”, the treasurer murmured slowly, not wanting to bear the king’s wrath.

“No! no! This cannot happen! I will not let it happen. I have spent every resource I have to build this shrine. The world will not forget me easily. Bring forth, my chief minister.”

The chief minister was called as the royal family watched the actions of the king, dumbfounded.

“Yes! We must immediately put out an order. We must summon the workers back. Anyone who refuses to cooperate shall bring God’s wrath upon them. Bring the priests to tell them that they must come back, or they will be punished in hell. Tell them I had this divine vision. Now!”

“But my lord, there remains the matter of coins.”

The minister bowed and left.

“But father you mustn’t do that. The plague will kill the workers.”

“Nonsense! You don’t realize the importance of this, young man!”

“You listen to me. One day you will lead this family. You must see the bigger picture, the greater good. What is the value of a few commoners’ lives in face of honouring God for eternity? Commoners are born to die common deaths. I am giving them an opportunity to die for a greater cause. A much much greater cause. Holier cause. They should thank me”, the king shouted.

“You are a madman, father! You are killing His children.”

“Take your boy away and knock some sense into him”, the king ordered his Queen. She bowed and immediately dragged the boy away, kicking and screaming.

God worked in mysterious ways, much beyond the understanding of common, illiterate townsfolk. He communicated with men of noble standing, with blue blood coursing through their veins. And hence, the workers were easily persuaded to return to work. They were common god-fearing men after all.

The city squares were filled with pale bodies full of yellowish-white puss and soaked blood. Women and men cried on the streets grieving for their loved ones. Hunger, poverty, and desolation even made the skies weep. If there were a God watching, he remained stonily silent. Dead bodies were trampled beneath the foot and buried underneath the bricks of the shrine. The men gave their blood sweat and tears quite literally, to build the shrine.

At last, after a year, the plague started to ebb away. The construction was complete and the royal family rejoiced. The dome had held. The shrine was magnificent. One of the greatest wonders of their faith.

The prince watched through his window on the top floor and wept. He could see nothing but the blood coating the walls. His head echoed with the screams of the dead. He wondered if there were a God. If he were watching this madness. He wondered how He, a parent Himself, could afford to see so many of his children dead, without a cause. He wondered if God ever cried. He looked at the magnificent structure and wondered what price one had to pay for greatness. Would history call them great, or cruel beyond measure?

Author’s Profile: Rajanya Dey is a student residing in Kolkata currently studying at Salt Lake School. Her hobbies include reading, writing, debating, and drama. She has been writing prose and poetry for as long as she can remember and loves to put a strong message through her stories and poetry.