WHY YOU SHOULD READ “The Lord of the Rings” 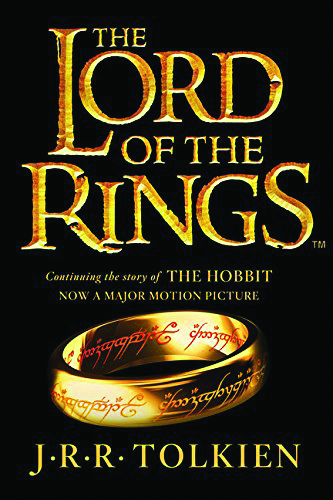 ‘The Lord of the Rings: The Fellowship of the Ring’ is the first book in the ‘Lord of the Rings’ Trilogy written by J.R.R. Tolkien after the precursor trilogy to the book: ‘The Hobbit’. I read Tolkien’s works when I was eight years old, and since then despite reading and watching its film adaptations innumerous times, I have never gotten tired of delving into a completely divergent universe. From elves, dragons, knights, wizards, orcs, Uruk hais, and of course, hobbits, the golden series delved into a mystical world where dreams become realities and realities become legends. But it was more than that. Of course, it focused on the adventures of a fellowship that were battered with uncanny odds and their struggles to accomplish a seemingly doomed quest, but also emphasized upon the lessons of friendship, resilience, faith, hope, defeat, and most importantly, unity.

The book commences in the comforts of the Shire with Bilbo Baggins 111th Birthday and his eventual departure to seek adventure. This leaves Frodo Baggins, a younger hobbit to inherit Bilbo’s house and fortunes among which there is a curious ring.

Gandalf, a grey wizard, who knew Bilbo, had arrived in the Shire as well to celebrate Bilbo’s birthday. However, after discovering the secret of Bilbo’s magical ring, he sets off on a journey with Frodo and two other hobbits to gain knowledge regarding the ring itself. Unfortunately, his discovery leads him to confirm it is indeed the one ring of Sauron and urges Frodo to take it to the elves for safety. Thus, begins the journey of not just, ‘The Fellowship of the Ring’, but also the rest of the trilogy.

Personally, I prefer fast reads to slow reads so the book kept me preoccupied throughout the enjoyable journey. There were plenty of moments with a sense of increased urgency, as events that were not supposed to happen actually do happen, hence, keeping me on the edge. One instance of this was with the black riders that were sent out to seek out the ring to find the hobbits’ way before they manage to get to Rivendell and this creates intensity and fear on their journey as they are alone, without Gandalf’s seasoned experience through the wilderness. From the time that the Hobbits have left the shire to get to Rivendell and the house of Elrond, to the closing of the book at the breaking of the Fellowship near Arganath, Fellowship takes its time developing the world and its locations.

Tolkien’s elaborative description of his different settings takes us on a rollercoaster of emotions: the blissful comfort in the shire to the lurking, depressing gloom of Bree (one of the closest towns to the borders of the Shire and only place where humans are relatively familiar with halflings). He paints vivid imagery of how deep the party has adventured to get to where they are, a dark foreboding hanging untethered, all throughout the entire adventure. I also really enjoyed the intricate details about the fall of Moria by the hands of the dwarves. (Once again, reading the Hobbit will boost the experience). There is an entire history of Middle Earth actively being displayed and not at all in a boring long-winded way.

The beauty of Tolkien’s masterpiece lies in the fact that all of his characters fit into roles to balance the entire party of adventurers. He effectively manages to describe all 20 characters’ personalities in the book which is no small feat, considering he also had to build up the adventure and suspense throughout the novel. But perhaps I best connected with the main protagonist Frodo Baggins who was thrust into a life he had never even dreamt of. This transition from a carefree and innocent hobbit to a fierce fighter who rivalled even the biggest of enemies is something worth reading. But throughout the novel, he is vulnerable to dangers, rather than being shown as a tough swordsman, which is quite relatable to the readers. It was hauntingly beautiful as the book shed off its many layers to give us a glimpse into the pain of life, the suffering of the people, and the everlasting battle between good and evil. One can detect the uncanny thread tethering between our real universe and the LOTR (Lord of the Rings) universe which shows how, in every world, actions are necessary to fuel the drive for change.

Another contributing factor to the easy picking up of these characters is the pace at which they are all introduced. There is no overwhelming feeling of needing to know 20 characters and their motives, throughout the run of the novel. The readers get to know each of the characters a couple at a time. And this pace of character introduction is maintained from cover to cover. Gimli and Legolas bicker back and forth, All the hobbits are hopelessly running around at the party, Mary and Pippen, two hobbits that tagged along with Frodo and Sam during their leave from the Shire are especially clueless. And of course Gandalf, the wise old wizard whose words gave the party nuggets of wisdom and courage to continue.

“Many that live deserve death. And some that die deserve life. Can you give it to them? Then do not be too eager to deal out death in judgement. For even the very wise cannot see all ends.”

On a plot level, predictions such as Gandalf’s serve to maintain suspense and create a sense of foreboding or anticipation, foreshadowing coming events but not telling us whether they are near or distant. On a more figurative level, this quote by Tolkien particularly touched me as by using these prophecies and predictions, he reminds us of the presence of fate, which has assigned roles to all beings—roles that even the wisest and most powerful among them do not yet know or understand.

All that is gold does not glitter,

Not all those who wander are lost;

The old that is strong does not wither,

Deep roots are not reached by the frost.

From the ashes, a fire shall be woken,

A light from the shadows shall spring;

Renewed shall be blade that was broken,

The crownless again shall be king.

― J.R.R. Tolkien, The Fellowship of the Ring

This is an inspiring poem. On the surface, it is about Aragorn, the rightful heir of Gondor and his heritage. Yet it really conveys how people who lose their way can still bounce back in life. People lose their way often because they take the path of least resistance. What they fail to understand is that this actually involves the most pain. As we grow older some of us find it harder to rationalize our choices. A sense of dissatisfaction permeates our lives. We would like to change our situation, but oftentimes we no longer have a vision of our own. The moral of Tolkien’s poem is you can have a great destiny ahead of you assuming you (eventually) take action to rightfully claim what is yours.

You’ll notice Tolkien’s poem starts off with another famous line ~ All that is gold does not glitter. This is ‘borrowed’ from Shakespeare, the greatest writer of all time. And there are many instances of such heart touching phrases and quotes throughout the book that give us valuable lessons about the reality of life. Tolkien conceived his fantasy novels as a profound and powerful form of literature with intense philosophical and spiritual meaning, serious purposes, and eternal appeal. He believed the imagination, the mental power of making images, could be linked by art to “sub-creation,” the successful result of image-making, and so he regarded the genuine artist as partaking in the Creator’s divine nature. The novels that were initially imagined as engaging tales for his own children, blossomed into a splendid imaginative tree of fiction whose roots have grasped the hearts of many wide-eyed children across the world, all learning valuable spheres of life. In fact, eminent authors like J.K Rowling, author of The famous ‘Harry Potter’ series,  George R. R. Martin, author of the successful ‘Game of Thrones’ series have credited him for catalysing their imaginations into their own completely conceived fantastical dimensions. The book promises a continuous epic adventure. J.R.R. Tolkien is phenomenal and utterly flawless as his words strike us deep in our hearts and if you are looking for an out-of-the-world classic adventure in the comforts of your confined homes, I will definitely recommend this. Who knows maybe another budding epic fantasy novelist might find their inspiration in the words of this book?