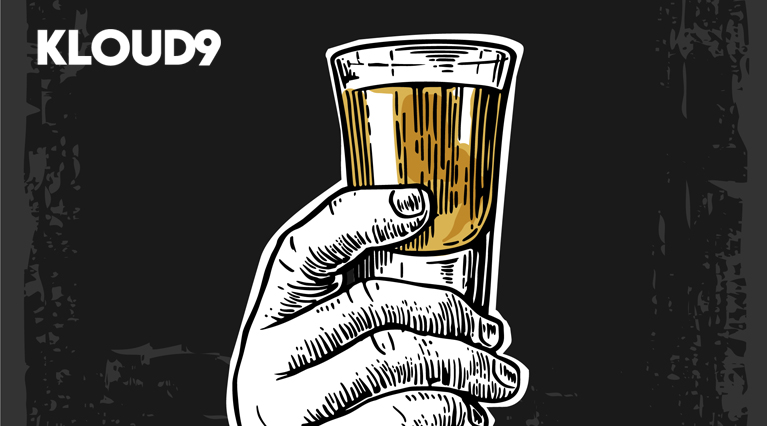 Russia 1860 – cold, poor, and hungry. An ideal alchemy for a revolution, don’t you think? No. Despite having every reason to rebel against the landed aristocracy, the virtually enslaved peasants, the serfs, do not rise up in a popular movement. Why? Because not only is Russia cold, poor, and hungry; it is also drunk.

Authoritarian regimes throughout history have always used some punitive measures to keep its people distracted from the real problems and consequently, prevent a revolution. For Mussolini’s Italy, it was war; for Batista’s Cuba, it was the threat of Communism; and for Russia, it was, is, and probably will be – Vodka. Vodka has dominated Russia since it was a rough patchwork of principalities and duchies perpetually at war with each other. When Ivan III united these principalities by conquest in the latter half of the 15th century, he noticed that the peasants fermented rye and barley to form a distilled alcoholic beverage which was widely consumed. Soon, he realised that Vodka was exceedingly easy and cheap to produce on an industrial scale. So, he stripped the peasants of their right to produce Vodka and made it a monopoly of the crown. This meant that the Czar alone had the right to produce and sell Vodka en masse. This ensured a steady and reliable source of revenue as the Russian people were hopelessly miserable at the time, and therefore, hopelessly drunk. Fast forward to exactly three centuries later when Empress Catherine the Great was issuing, not land rights, but licenses to establish Vodka plants as payment to the nobility to cash in on this lucrative industry; the noblemen were establishing plant after plant, producing Vodka, to reap profits from an apparently perpetual source – human desolation.

Ever since the economic record of a unified Russia has been kept, Vodka has been the only commodity whose price has never fallen. In 1859 alone, the government’s revenue from sale of Vodka crossed 120 million roubles, more than 40% of the entire national revenue of the year. By the 1860s, the whole of Russia was swimming in an ocean of Vodka, rather drowning in it. Russia had 4,613 distilleries, all pumping vodka into Russian veins.

The use of human suffering to fill the coffers of the crown may seem treacherous, but in reality, the Czars were using Vodka for a far more sinister purpose – to prevent class consciousness. One can understand this from the basic reason why alcohol is addictive. It stimulates the brain’s reward centre and releases feel-good opioids such as endorphin and dopamine. In short, it gets one high on happiness. The Russian peasant population was hopelessly drunk because it was hopelessly poor and languished under the burden of the nobility, and the Czars had found a Machiavellian way of keeping them that way. By keeping them drunk on an easily available supply of cheap Vodka, they prevented the peasants and workers from realizing the shrewd perpetuation of class divide, and all the while made money out of it.

This hypothesis can be proved by citing an often-overlooked incident in Russian history. In 1905, when Czar Nicholas III had to concede some of his powers to an elected Parliament- The Duma, one of the first acts of this newly elected group of social democrats was to combat the problem of chronic alcoholism rampant in Russian society. At their behest, Leo Tolstoy wrote, “Alcohol is a poison, harmful to the soul and body… and it is a great sin to drink alcohol and to offer it”- to be printed as a statutory warning on every Vodka bottle. The Czar, who still held monopoly over the production and sale of Vodka, refused. This was because the system the Czars had established over a course of four centuries was not only a source of revenue, but also a means of ensuring the status quo.

This is where the entire discussion surrounding Vodka leaves the restrictions of economics and pervades social life in general and political history in particular. A poor alcoholic peasant, who wastes whatever money he earns on Vodka, is a peasant too drunk to realize the desperate state he is in. He is so drunk that he beats his son to become a drunkard like him, and so drunk that he is blind to the vicious cycle of misery and drunkenness that he is being pushed into. In the end, he is a drunk peasant, who is steadfast in his service to ensure the security and perpetuation of the regime which keeps him drunk. This, in essence, prevented consolidation of public opinion, prevented class consciousness and in turn prevented class antagonism.

This scheme was not limited to the Czars but was also used by the Clergy. The Russian Orthodox Church aided the Czars’ depraved efforts to maintain the status quo. They did this by creating the idea that drinking on special occasions was a means of paying homage to God. Unsurprisingly, these “special occasions” were not scarce. The Church planned new holidays to push to the extreme the Russian peasantry’s Vodka-fuelled descent into obscurity. Anton Chekhov, the 19th century Russian author and playwright wrote in one of his stories describing peasants of an imaginary village Zhukovo: “On Elijah’s Day they drank. On the feast of the Assumption, they drank. On Holy Cross Day they drank. The feast of the Intercession was the parish holiday for Zhukovo, and the villagers seized the chance to drink for three days.” The clergy seemed to have no occasion which exempted Vodka consumption. Yet, the Church’s push to the Czarist perversity is cause for little surprise to anyone who understands the intrinsic and symbiotic relationship between religion and authoritarianism.

With this dark history of class subjugation, one may expect that the Bolshevik Revolution would be aimed at cutting down on alcohol consumption, if not outright prohibition. This was the case in the early days of the revolution. The Bolshevik Party destroyed almost all the Czarist Vodka plants in an attempt to lift the Russian people out of alcoholism. However, when Stalin took the reins of the party and state, he revamped and reinvented the trade of Vodka. The Czarist commodity was simply renamed “The People’s Vodka”.

It is difficult to interpret a beverage as a means of preventing class consciousness and subjugating a desolate population. Alcoholism is almost intrinsic to a world of widening class divide, making it easy for a regime to use it as a tool. As a result, a drunken man is unable to realise his miserable condition and therefore, unable to emancipate himself. This makes a drunk society stagnant and withering, having willingly submitted itself to incapacity. Much to our concern, this state subsidized addiction is not limited to Russia. The current opioid crisis in the United States of America stands as a burning example of the same. Distributing addictive drugs to the miserable at subsidised prices still remains the dominant method of providing relief and of class subjugation. The only difference is that these drugs come with prescriptions. Yet, the government deliberately turns a blind eye to the higher and higher doses being manufactured and rolled out for sale by companies (often owned by the state), which essentially profit off the despair of the people. These opioids such as painkillers are designed to provide temporary relief and permanent cravings. This in turn forces this hopelessly addicted class into a similar vicious cycle of demand and supply while eating away at their hope of salvation. Finally, it keeps the addicted high and the powerful in power. This goes to prove that the existence of a political epoch which aims to hold on to power creates the need to subjugate dissent and prevent the opposition from fomenting a rebellion, all across the political spectrum. Power brings with itself the need to cling on to power, and consequently, Vodka.