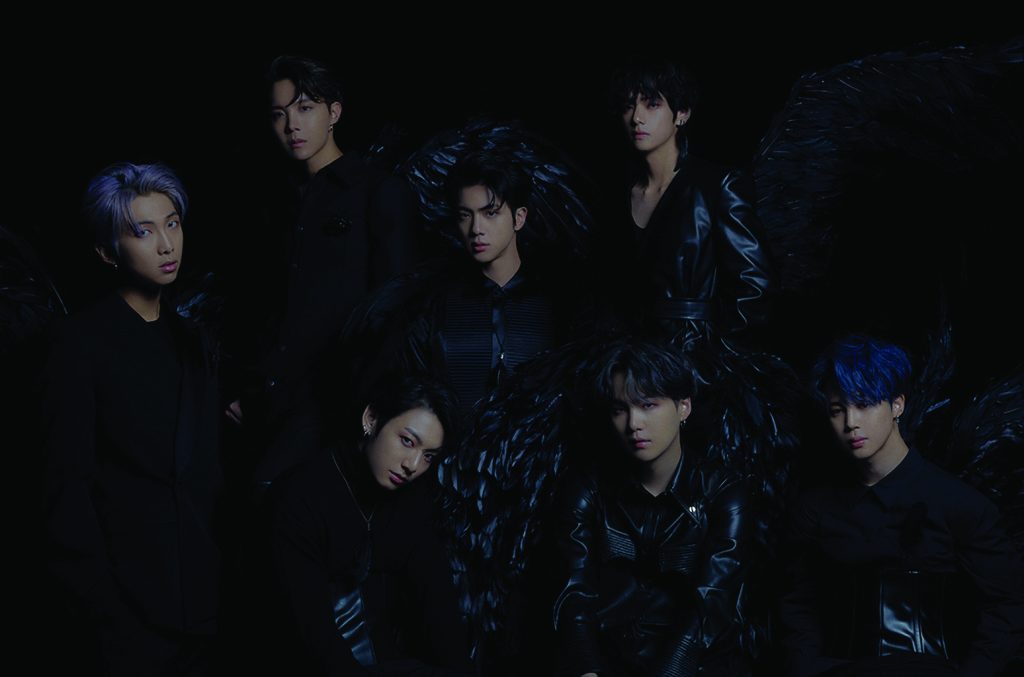 Everything from the lyrics, the rhythm, the meaning, to the music video and symbolism used is just amazing and has influenced me to be stronger when I feel like the world is against me.

“A dancer dies twice — once when they stop dancing, and this first death is the more painful.” – Martha Graham

This quote by the late dancer Martha Graham is the root of the song – Black Swan. Much like a dancer feels lost and purposeless when not able to express themselves through dance, the seven-member boy band (Jin, Suga, RM, J-Hope, Jimin, V, Jungkook) express their sentiments that, the day that music no longer fills them with the same passionate fire as before, or even if there came a day when they stopped creating music — what they feel is their life’s purpose — it would feel like death. The leader RM sings these lines –

“If this can no longer resonate / No longer make my heart vibrate / Then this may be how I die my first death.”

The blend of trap beats with “mournful” instrumentals during production created such an “atmospheric” and “haunting” mood, that kind of makes you anxious even before the singing begins.

The visual opens with BTS clad in white, standing on the dark stage of a theatre. The members are seen delivering their verses while surrounded by an ornate vaulted ceiling and gilded fixtures. As the song progresses, they all switch to black suits which represent their “shadow” and the video alternates between close-ups of each member interacting with their shadows and group shots of them performing “intricate” choreography on an empty stage. The white and black contrast represents the struggle of emotions of the artists. I think It’s a vulnerable confession by the artists that this, shadow’ is both, the reason that they push themselves to their very best and also why they feel scared and uncertain.

Even the choreography (released by MN Dance company) of this song beautifully depicts the dancer’s struggle, of being trapped by his shadow. It begins with seven people filing in a line all wearing black except the last man, who wears white clothing. The six others represent his “shadow” –fear and uncertainty. Every time he tries to escape the shadow pulls him back in and encages him entirely. The grace in their movement combined with the powerful beats of the song radiates tension as viewers feel their muscles tense up. Towards the end of the performance, the dancer finally is able to break through and tame the other six. They begin dancing together and the dancer seems to be controlling them. It’s symbolic of how a balance can be struck between yourself and fear. It says volumes about how one can always control how much a particular fear affects them.

In the later part of the song one of the members, J-Hope sings –

Deeper/ Yeah I think I’m goin’ deeper/ I keep losing focus/ Now let go of me, I hate this/ I’d rather go on my own feet/ I’ll jump into it/ At the deepest, / I saw myself.

These lines symbolize that they are introspecting who they are, discovering themselves in new depths and that it is something that they must do alone. This is also when the black shadow behind them slowly starts shrinking as they introspect. As the song is coming to the end the shadow has shrunk down.  Going back to the message of the lyrics, I believe that this represents that it is only after experiencing the fear of losing the love for music, facing the shadow as an artist, and taking control of the shadow that the artist can realize the depth of their love for music and stand up again.

I personally, as a person who absolutely loves art and writing really resonated with this concept. The despair and helplessness that comes with trying to pursue what you love radiates through every inch of this song perfectly. Every time I pick up my pen or pencil part of me wonders whether I will be able to express myself through art again. This song for me serves as a reminder that it’s my “shadow” – a reflection of who I am. I can either choose to be trapped and burdened by it or I can choose to conquer it. It reminds me that although the situation may be inevitable fear is a choice I make. Facing my shadow or my fears is the only way to move forward and continue to grow as a person, that’s what it made me realize for myself. The song is a confession but to me, it’s my means to acknowledge that I’m still figuring out things for myself and that fear and uncertainty will always be a part of it. Much like in the music video the seven boys dig deeper into themselves to find the courage to face their shadow, then I too will keep that courage within me and face everything life throws at me.

Taking in the broader picture, it makes you realize that your fears are necessary, to help you push past your limit, only to discover and hone a better version of yourself. It’s such an honest and raw song that lays out the struggles of conquering your own fears and that it’s not always an easy win. There will be times when you will be stuck halfway through with no solution in sight. That is what the song addresses – that even when you feel like its impossible you must rise and continue your journey –

Slowly, I open my eyes/ This is my workroom, my studio/ Even if harsh waves brush against me in the darkness, / I will never get dragged away again

Because in the end,  you will find a better and stronger version of yourself.

Esha is currently studying in 12th grade and her hobbies include art and writing. She has a poetry collection of her own on Wattpad called “Inside Her Mind”.