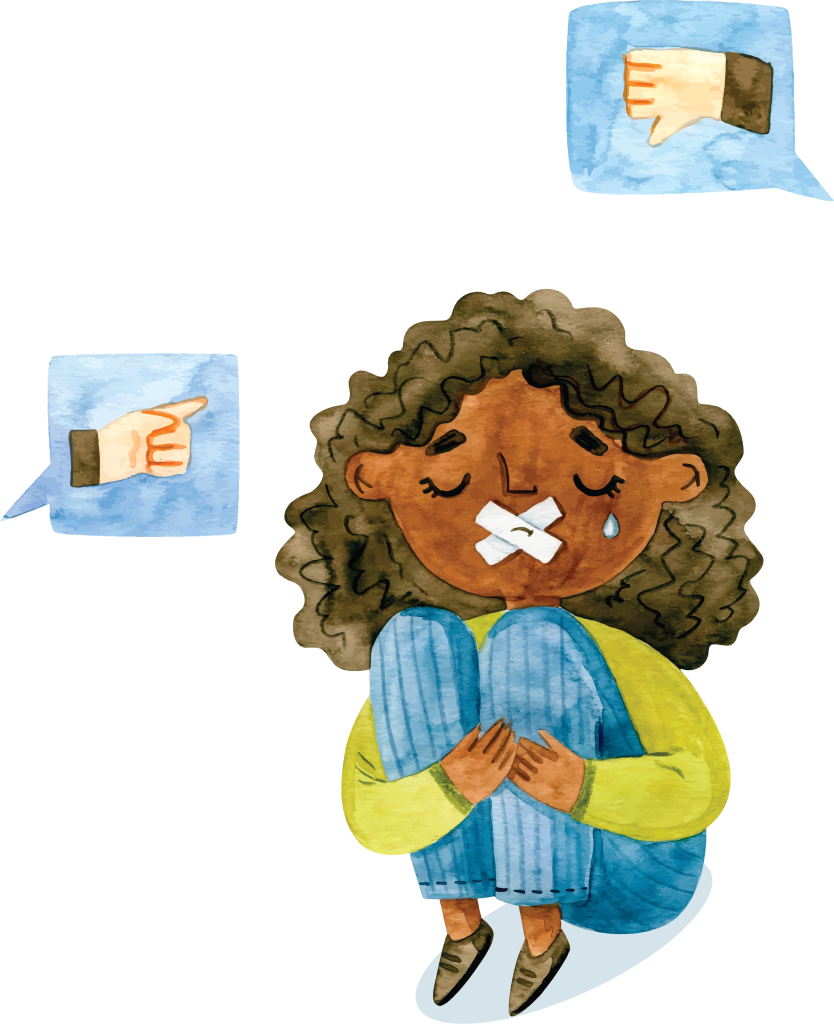 Being a teenager in the 21st century isn’t easy, especially because of social media. It plays a huge role in all of our lives and the evolution of our society; from providing gossip about the latest celebrity drama to spreading awareness about various issues worldwide. But then— comes the feeling of being stuck in some digital hole while looking at someone’s aesthetic page that we’re jealous of.

It’s high time we all understand that the number of followers on our Instagram or Twitter page doesn’t define how social we are, or how many friends we have in real life. We’re often fascinated when we see someone’s page with 10k followers but then swipe to another page when we see just 100 likes on their latest post. A recent study proved that the number of likes received on a post can activate the reward centres in the brain; “More likes? Oh, this guy is really cool”. This is now known as the ‘Number trap’. What is that, you may ask. It’s when teens have the greed of wanting more likes on their posts.

Body image refers to your personal perspective of your body’s appearance and if it aligns with society’s ‘perfect body’ standards. Social media creates unrealistic expectations about one’s body and, has proved to trigger to unhealthy behaviour like eating disorders. Social media is pervaded with people presenting themselves in the best possible light, and it can be hard not to set irrational expectations for yourself. Photoshop and filters also make a huge contribution to this. A spark was recently created on various platforms where filters named ‘Perfect Face’ completely changed your appearance; from enlarging your lips to changing the shape of your face, you became a different person. But in some cases, social media has also proved to help people accept their bodies the way they are, body-positive accounts and/or posts made people feel more accepting of their bodies. People tend to emulate what they see or adjust their expectations of themselves based on what others are doing or how they look. A study proved that a good number of teens have an urge to modify their bodies once they turn 18, instead of having realistic goals like getting into a good college. Advocates of body positivity and influential figures definitely have a unique ability to make a positive impact on how people view themselves and their bodies, especially when it comes to young people. But as Alessia Cara said in her famous song released in 2016 ‘Scars To Your Beautiful’ that has 120M+ views (still going)— ‘you are beautiful just the way you are’.

The dangerous and irrelevant trends that many participate in, can harm someone’s life and put them in danger. The length people go for likes is unnerving, but at the end of the day, our wellbeing is more important. The ALS Ice Bucket Challenge that prevailed in 2014 to the many trends proving inclusivity and bringing society together has been a catalyst for many pragmatic changes in society. However, there’s another breed of social media that serves no purpose and only induces fear. The outlet challenge (gives the person an electric shock), The skull breaker challenge (as the name suggests, it breaks the victim’s skull as they fall backwards, this challenge has killed many and proved to be fatal), and many others. With the pressure of looking ‘cool’ in front of others, people end up doing foolish things.

The influencer-perfect life that makes us all suffer from the green-eyed monster isn’t actually real, that is something we all need to understand. Fake influencers attract followers by displaying their so-called ‘lavish lifestyle’ which is just a knock-off. That million-dollar mansion that they called their ‘New Home’ isn’t actually theirs, or the ‘newly purchased designer bags’ were just used for a photo taken at the store. The charming personality of theirs, that they show us actually may not be so ‘charming’ when we meet them in person, they create a parasocial relationship with their viewers to attract a larger fan following. At this point, it’s safe to say, we’re just getting manipulated by them, or at least some of them.

And last but not the least, cyberbullying and cyber threats. The misuse of technology to embarrass, threaten or even target another person. It includes photos, messages, or videos that aren’t taken down even after the person has requested it multiple times. It hurts one’s sentiments and may even be a reason for someone’s anxiety and/or depression. Mean comments that pick someone’s race, religion, physical features or sexual orientation is also known as cyberbullying, this is mostly done to degenerate someone and ruin their reputation in society. Who does this though? In most cases, they are the online friends that many teens make. They assume that the person is of their age and lives nearby, but the reality may be very different.

At the end of this, you may be thinking that social media isn’t a good place. But no, it also has a positive side to it. The Umbrella Revolution, #MeToo Movement, and the most recent- BLM Movement, all got recognized because of the same teens on various social media platforms. The modern mindsets of these teens benefitted many. But, we should also take steps in order to not get affected by the negative side of social media, regardless of our age.

A voracious reader from a young age, Saanvi mainly indulges herself in writing poems or stories. She has been published on various platforms and has also been featured in an anthology. Apart from this, she finds passion in sketching and dance. She believes the world is still progressing and hopes to contribute to making it a better place.