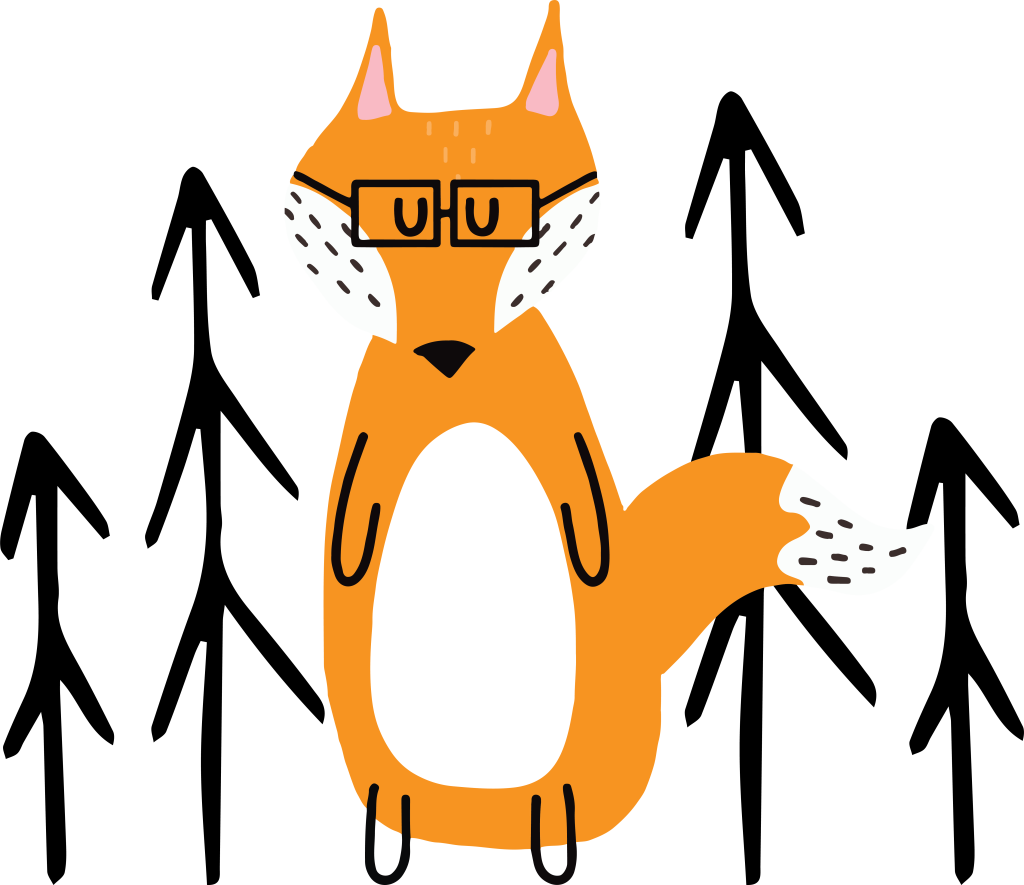 All Moe wanted to do after a long day of work was to cozy up in his small shrine and sleep till the next new moon. Being a forest spirit was getting tiring these days, especially with how much damage was caused to the forest because of those yellow metallic monsters who seemed to love uprooting Moe’s beloved trees. Moe did not exactly know where those monsters came from but he did know that it was something the humans conjured up. He would have to do something about them soon though, he didn’t understand why the humans were invading his forest since he did remember making a deal regarding land settlements with a human chief about a few hundred years ago.  It seems he would have to pay a little visit to the man and remind him of his promise. ‘Humans and their lousy memory!’ He thought. Nearing his shrine, Moe let out a contented sigh. Talking to the human chief could wait, all Moe wanted to do for now was cozy up and get himself some well-deserved beauty sleep. But as he approached his home, Moe saw something. Someone was sitting on his shrine!

There sat a small gnome-looking thing. Its pudgy legs swung as it hummed a tune. Moe stilled in his tracks, stunned, and looked at the thing. It had outrageously pink and frilly skin, horns protruding from its head, and black little feet. Moe hadn’t ever seen a gnome looking like that before. Regardless, Moe was outraged! Who dares trespass on his shrine? His haven? Everyone in the forest knew not to seek Moe out unless it was absolutely necessary! Moe marched ahead, a purpose fueling his stride, his tail stretched and the fur on his back stood. He would give that misguided gnome a piece of his mind!

“Listen here you gnome-” He began and as soon as the little one caught sight of Moe, it cowered. Moe had quite the same reaction after getting a good look at the creature, it was a human! Moe quickly scrambled a good five feet away from the little human. Humans never wandered this deep into the woods. Were there more of them? Moe trembled. This was his home! He couldn’t afford to have it infested with humans! Oh, the horror!

‘Now what?’ Moe thought he couldn’t possibly go near it. Humans were filthy and greedy creatures!

He had seen humans before but none this tiny. But of course! This one must be a defect! That was the most logical explanation! Since humans, most definitely didn’t have horns or pink frilly skin. Maybe that was why they left it here? Seemed plausible to Moe considering how vile humans were. He debated on the idea of moving forward and inspecting the human to feed his curiosity but hesitated. After all, curiosity killed the cat! And Moe was unmistakably one himself! Moe heaved a large sigh before hovering above the creature, finally deciding to inspect it, since he needed the human to move away if he wanted to rest. It was an ugly little thing, Moe thought, barely reaching his belt in height. As Moe continued hovering above, the human shied away further but Moe didn’t miss the small gleam of wonder that shone in the girl’s eyes at the sight of him. He couldn’t blame her, of course. He was an irresistible sight! A forest spirit who had quite a lot under his sleeve! In every literal way! Moe fished out his old magnifying glass from beneath his sleeve and eyed at the human. The human giggles at Moe, extending its grubby hands towards him. Moe scoffed while raising an eyebrow. Did she find him humourous? Moe was an esteemed creature equipped with high intelligence!

Moe grumbled, annoyed, when something caught his eye.

The human didn’t have horns! Neither did it have pink skin! It was the human’s hair which was tied in such an uncanny manner! And the human was wearing an eerie pink cloth! Moe didn’t find any floppy ears, pointy teeth, or nails and hence deemed the human harmless. The human’s gender was still a mystery to him though. After carefully analyzing his observations, Moe concluded that the thing was female.  Only human females were known to wear such unusual garments! Not to mention the strange wads of colorful pins it had on its head! ‘A female indeed’ Moe nodded to himself, surprised at his genius.

The girl seemed to have found him interesting, as she began climbing at the rock below Moe and reaching for the trinket Moe held in his hand. Moe backed away immediately and watched as the girl tumbled down the rock and landed smack on the ground. Now, Moe found that amusing! However, all the amusement drained out of him as soon as the girl began wailing.  She was screeching like a parrot! Even the jackals in the forest couldn’t compare to her! Moe panicked, flailing his arms around as he desperately attempted to quiet the girl.  He immediately started fishing up his sleeves for something! Anything! He pulled out the first thing he could find and held it in front of the girl. A snowflake. The girl subdued into silence, grasping the snowflake in her hands. Alas! It melted as soon as it touched her hands and almost instantaneously, her chin wobbled. Moe hurriedly fished out another snowflake and gently tossed it at the girl. The girl squealed as it landed on her nose making her sneeze. Moe chuckled but immediately caught himself when the girl turned to look at him. Moe pulled out an old samisen next. He handed the samisen to her and watched as she looked at it with intrigue. She pulled at one of the strings roughly and Moe yelped. He snatched the instrument away from her and caressed it gently, his whiskers ramrod straight. He glared at her with an icy stare but thawed when she glanced at him with tears in her eyes. Moe huffed. He sat down on the ground with a huge heave and began playing the ancient instrument and watched as the girl wobbled over to him and stomped her foot in a funky way, seeming to enjoy Moe’s music.  Moe seemed pleased that she enjoyed his skill. Although she displayed it funnily. The sun slowly set as Moe and the girl spent the rest of the day together. Moe entertained the girl and the girl slowly but surely inched her way into Moe’s heart.

“Yuh ain’t so bad for a human eh?” Moe said, leaning back against an oak tree. She crawled towards him and latched onto his leg, an adorable grin taking over her features. A chilling shiver went through Moe’s spine at the contact.

“Off! Off my leg this instant!” He said but all the girl did was smother her face further into his leg, scrunching her nose up at him when his fur tickled her nose.

“Whiskers,” she said in awe. At this, Moe slowly turned his head and looked at her, he really looked at her.  He gently detached the human from his leg and held her at arm’s length, cocking his head and scanning her. On closer inspection, Moe found that the girl wasn’t as ugly as he thought her to be at first glance.  If no one would claim the little girl, Moe wouldn’t mind taking care of her. Sure, she could use some help with her discipline and her dressing sense would have to change but Moe didn’t mind teaching her! Moe wasn’t a forest spirit in name only! He was all-knowing!

How hard could teaching a little girl be?

Moe scanned the girl, already making a list of things he would teach her. He would definitely have to teach her his sleeve trick and maybe his fishing schemes or maybe how to collect taxes from all the cherry blossom trees.

“Oh, how wonderful! A little assistant! About time I had some backup around here. What say girlie? Wanna help me rule the forest?” He asked.

“Whiskers!” She squealed, reaching for the delicate hair on his face. Moe sighed. He had quite the task laid out in front of him.

He held her in his lap and watched as she tugged and pulled at his beard and whiskers. Moe broke out his trance when he heard the snapping of a twig behind him. He gently put the girl down and shifted his gaze to the bushes behind him.

“Aimi!” Moe immediately scampered behind the tall oak tree next to his shrine, only his head peeking out to sneak a glance at whoever had come. The girl’s head followed the strange voice and Moe watched as she flung herself into the mystery women’s arms. Her face was vibrant and lit up as the older woman picked her up and flung the girl around.

‘Wouldn’t that make her dizzy?’ Moe thought but brushed the thought away considering humans always had ridiculous rituals.

“Are you hurt? Did you fall?” The woman asked, slowly brushing the dirt off the girl’s face as she shook her head.

“Where were you?” The woman said, ” I told you not to wander too far away from Mama and Papa!” The little girl seemed sheepish now and she wrung her hands together behind her back, gently kicking the rubble near her feet. The older woman chuckled, amused, and picked the girl up in her arms. The girl’s arms instinctively wrapped around the woman’s shoulder.

“Whiskers!” The girl said as the older woman began walking away. The girl looked around frantically for Moe, almost falling from her mother’s arms.

“What was that Aimi?” The woman asked and all the little girl could do was point at the oak tree while repeatedly yelling for Moe.

Moe soon stepped out from behind the tree and watched as the mystery woman carried his apprentice away. His heart ached a little at the thought of letting the girl go. Of course, his heart ached only because he lost a chance at sharing his workload! He definitely wouldn’t miss the little bean! Absolutely not! Moe waited and waited, just in case the girl came back. She was overly clumsy and would surely be lost without him! Moe huffed and trudged slowly into his shrine after a long wait. Moe decided to look at the bright side of the situation. Seeing that the little girl was gone he could finally relax! He needed a good recharge if he wanted to look fresh the next day. After all, he must seem intimidating enough if he ought to remind that human chief regarding their land settlement. It wouldn’t hurt him if he could, by chance, catch another glimpse of his little bean while he was on his mission.

Charita V Suvarna is a seventeen-year-old amateur writer who dances and reads to fritter her time away. In particular, she enjoys reading fiction books and writing in her free time.