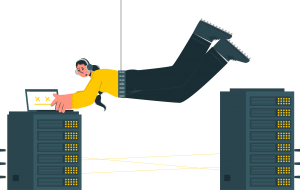 A picture is worth a thousand words. This is another of those sayings which have gained legitimacy because of nothing else than that it was propounded hundreds of years ago. It is not, nor was it ever true, except possibly during the era of primitive rock paintings. Once language was born and became widespread, the picture was used, practically as a teaching aid or an illustration to text.

The blind acceptance of the ascendancy of the picture over the written word continued into modern times. Today, however, people are beginning to realize that the word was, and always will be, predominant. Ironically, it is television that has to be thanked for this realization. It is not for nothing that the television set became known as ‘the idiot box’. It catered to the lowest possible intellectual level (the idiot) in order to gain the widest exposure. Great paintings (and most movies in the pre-television era) are emotive. They cannot be understood (or appreciated) through sight alone. It needs the mind with its imagination and memories to bring a painting alive. Television reduced everything to pictures. The mind did not need to be exercised. If a stone was dropped, it was shown falling to the ground.

The art of reading for relaxation and to rejuvenate the mind languished. Reading, once synonymous with art, culture, and knowledge, was replaced by looking at pictures. Values and ideals were drawn, readymade, from the idiot box. The power of questioning, of wondering ‘what if’, began to weaken.

Kloud9 does not claim to provide anything new or innovative. We are committed to encouraging reading and writing among the youth to excite their imagination and senses of mankind. We offer a platform for creativity to grow and flourish to those who are in the process of becoming responsible and enlightened citizens. We will use the ‘word’ – as it was always meant to be used – to stimulate, refresh and inculcate the sense of wonder.

Our endeavor is to return the written word to the few who grieve over its passing and to the many who can be immensely benefited by its emotive character. Our country has a strong tradition of the written and the spoken word. That we have chosen English as the medium for the word is neither relevant nor important. The word surpasses the language. How the word is used and what it evokes in the mind is of significance, not in what language it is written.

We hope you will join us in this adventure into discovering our identity and potential for creativity.