FROM A DAY, LONG PAST 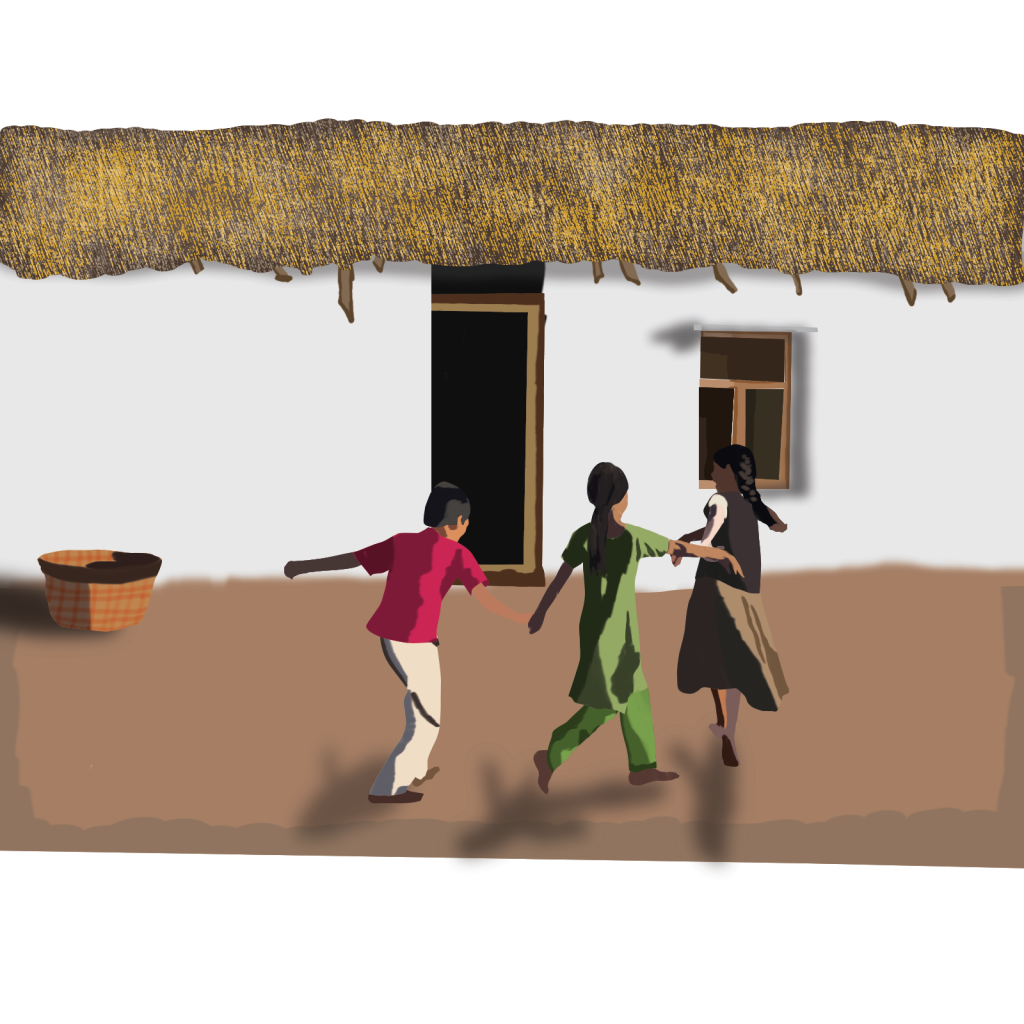 Our house has always been, or perhaps still is, a place of hustle and bustle. Morning, afternoon or evening, it is always on with something. Even though I was always there to liven up the house the people in my house added up to my mischiefs. When I think about them, they come like slides flashing across my eyes. Perhaps, these thirteen years of my life has been mostly spent with them- khansamas and masis. When my mother and father were away and I would be left alone at home, I would be fed with stories and tales- unusual, sarcastic and practical. I have always lived a lavish life in the heart of the city, but it would be wrong if anyone tells me that I do not have any connection with the outside world of hardship. According to me, stories of the society around you mould you, and anyone who has not come in touch with that or has avoided that, will have a little chance to succeed in life.

One of the people I think about the most is our cook, Allaudin- a Muslim, a leprechaun who always wore a smile on his face. I can not remember him without a smile- it was a peculiar feature of his. His smile was there for all seasons. To me, he was from an ancient age- first looking after my mother and then hereditarily engaging in serving me. In our house, being surrounded by a lot of servants and maids, I have always been talking and laughing with them. Allaudin was an entertainer and a storyteller- he would put spices in his stories just like in his delicious treats. Allaudin would tell me stories of rural Bengal and what life there was like. Presumably, most of the stories from rurals, that I know, I owe to him.

It was one day, way back in 2018, when he took us to his village- Ghutiarisharif. Out of my curiosity, just a few days before going to his village, I had asked him a series of questions about the village and I had come to know that it was a tiny suburb in the hinterland of 24 Parganas which boasted of a mazaar or dargah of Pir Ghazi Mubarak Ali.

“Who was Pir Ghazi?”

He laughed and said, “Many years ago when Aurangzeb was the king, it is said that our village was hit by a terrible drought. People say that when this happened, Ghazi Sahab had performed such an intense meditation that suddenly the rain came down and painted the village with greenery and happiness once again. We celebrate the sacrifice he made for the people to this day babu”

“And why such a long name, Allaudin?”

This had made the masi who was cleaning the corridors laugh. “At that time everyone had a long name babu”

“But you have only Allaudin”

Talking of names, I have always addressed him as ‘Allaudin’ which I learnt from my mother who had, in turn, learnt from my grandmother. Therefore, he was always Allaudin to me, and still is.

It was a two hours journey by car. The roads were full of potholes, rutted and bumpy. The car stumbled down the road and it was so terrible that we were fortunate enough to not break our bones. After two hours’ journey when we were almost in the village, the road was worse than ever. The four-wheeler then had to undertake a journey by a narrow path of not more than some inches broad. Beneath lay a ditch.

Allaudin was leading with a cycle to show us the way. He, with confidence and zeal, took his cycle through the long narrow way not suitable for even a bicycle. It was his daily way, and chills run down my spine when I think of him riding daily down that treacherous and dangerous path. Whether it was winter, or monsoon or summer, Allaudin was always on time, though.

His house was in the narrower veins of the village. Opposite to a little pool, there was his house- a mud hamlet. It was carved out by him entirely, and on the side of his house, there was another house. Women emerged out of these hamlets, and welcomed us with a smile. With shy faces, adorning not so tidy clothes, they welcomed us heartily into the house. Inside the house, it was cool as it was made of mud. There were shelves upon which combs and empty bottles of atar lay.

The house was short in height. We were made to sit on the bed which was laid with a soft muslin chaddar. The fan was literally a few inches above my head. I wondered how they lived in this tiny mud hut.

There was a large piece of cloth tied from the ceiling at a corner; it was a swing for a new guest at home. A woman swung a baby which slept peacefully on the cloth.

Allaudin seemed to be engaged with some work after we arrived, but a lady was always at the service. They served us spicy chicken curry and rice with salad.

I never thought that the journey through this rough and bumpy road would take me to this world so different from the one I am used to living in – We think if only we have a great room with an expensive look, we can host big, sophisticated parties. Modern linen, dinner sets, table settings, maintaining etiquette all come first when we host a lunch or dinner for anyone. But that day I realised that despite the lack of space, money, and formality there are people who still love to entertain people in their own way. With just two or three simple dishes these people can still win your hearts simply because they are so down to earth, and genuine that they don’t know any other way to be like -they just do whatever their hearts ask them to do.  I have never encountered such generosity and warmth before. What’s more, their offering was made unreservedly and with no expectation of receiving anything in return.

The reason I remember this experience so vividly even after all these years later is because of the question that formed in my mind then, which I still haven’t been able to find an answer to- ‘How can someone, who despite having such little money and possessions still be so happy and generous, and even willing to share things with others?’

There are so many lessons to learn from Allaudin and his family mainly- what it means to be truly happy and to lead a meaningful life, and how relatively minor role money and possessions play in such a life.

Rehan Sheikh writes short stories, memoirs and articles. His work, The Roaring Himalayas won him the Elan Middle School Writing Contest 2020 and since then his works have appeared in various leading magazines and newspapers. He currently resides in Kolkata, West Bengal, India.