FOR THE WOMEN, OF THE WOMEN- SALUTING THE UNSUNG WOMEN HEROES! 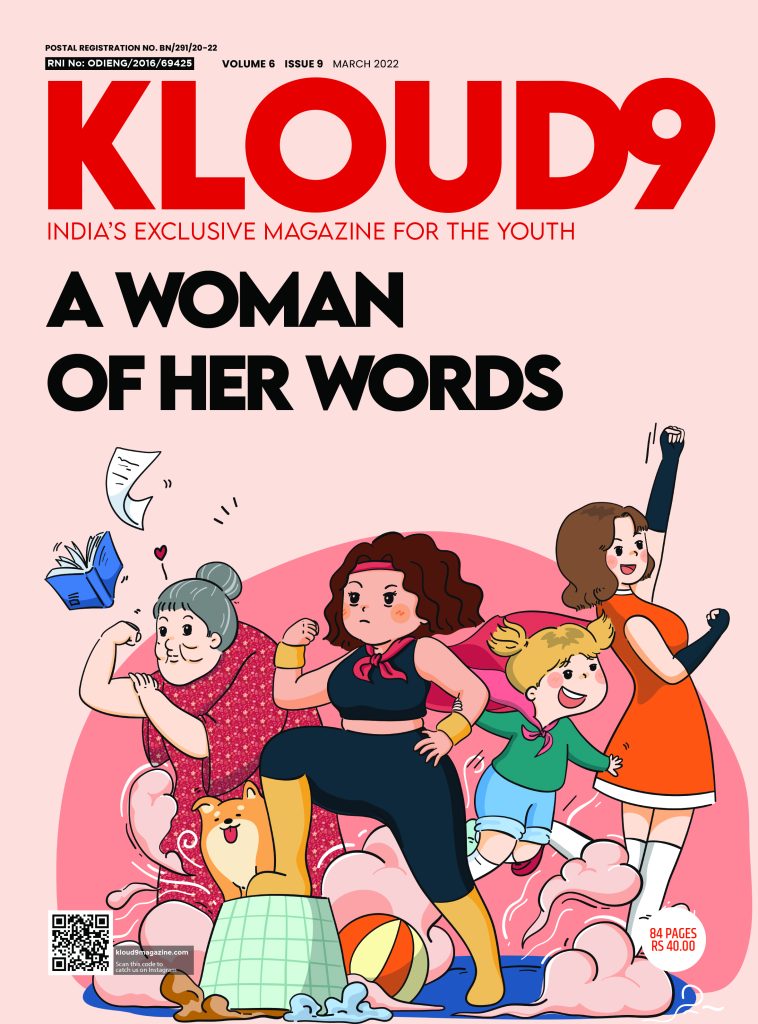 This project was formulated with a vision to recognise the unacknowledged and neglected women strength and help the world break free from the firm and grim socio-cultural biases and gender discrimination by sharing stirring and stimulating stories of these heroes. Women are the strength of our nation and we shall look beyond the social prejudices and take a moment to recognise their efforts and accomplishments. The motive was to come up with stories that would have an enduring, eloquent and influential effect on society and lead to a transformation in the mindset of the community at large. I feel that these stories about women, who have showcased instances of extreme bravery or resilience, shared by many of the youths, will open up to a larger perspective and create a positive environment to value the womankind of our nation. These few words put down by some of the enterprising youths is a clarion call for accelerating women empowerment and equality. Salute to the women heroes on this Women’s Day!

If the women could tell stories, the world would run dry of ink……

This is about my neighbour, who recently got married, Shruti.  Every night her life went adrift because her husband worshipped her with his lashings and kicks. I saw her captive in a cage of bones; she forgot to breathe and forgot how her heart thumped.

Her unborn had left her womb, empty with blood, that’s when she broke the shackle of norms she has been confined to. There have been decades of conditioning of gender expectations and the collective responsibility of women as pillars of the house. Women are asked to deal with it quietly, not in front of people and not so brazenly, because ‘log kya kahenge’ and I saw you standing out.

Here’s to all the Shrutis who choose to stand up and speak.

Rosalind Elsie Franklin was a chemist and X-ray crystallographer who understood the molecular structures of DNA RNA, etc. She inspired me from within, as in the 1900s, she’s a woman working in a sector mostly dominated by others. She was called the ‘Wronged heroine,’ ‘Dark lady of DNA,’ ‘Forgotten heroine,’ ‘Feminist icon,’ and the ‘Sylvia Plath of molecular biology.’ After joining King’s College London as a research associate, she discovered the critical properties of DNA, including the description of the double helix structure of DNA by capturing a concise picture of it with the help of X-ray crystallography. However, her discovery was taken away without permission by another scientist, namely Maurice Wilkins. Later, Wilkins and two others received the Noble Prize, yet nowhere was Franklin’s name acknowledged. Even after excelling with her talent, being deprived of her deserved respect made me question the society we live in.

The woman who excelled in the entire Hollywood film industry was Nora Ephron. She didn’t excel just in one field, she was a novelist, essayist, screenwriter, playwright, producer and what not. After moving forward in leaps and bounds as a journalist she made her way as a Hollywood screenwriter responsible for the greatest romantic comedy films of all time ‘When Harry met Sally’. Still not gratified with her career she rose up as a novelist. She wrote an autobiographical novel and named it ‘Heartburn’ in 1983 which depicts her life. She battled gender inequality in an industry that still misrepresents women in front of the cameras and behind the screens too. Some of her words which were admirably said and inspired me were “Above all, be the heroine of your life, not the victim”.

Sometimes it is the ordinary that requires great feats of bravery. The women in my family are living testament to that.  From taking care of everyone to maintaining the household while working an office job, their pure resilience to difficulties will always be a marvel to me. To take up the role they have been tasked with day after day, even though everything they do goes unnoticed, even though each sacrifice is written off as a duty, I see it as a sign of astounding strength.  For this, the women who weave our everyday lives with their presence will have my eternal admiration.

Our helper was a widow named ‘Sheetal’ who always had a band-aid on different parts of her body on different days. She always dodged my question of concern with her crystal clear glass lies. I remember how once her daughter came running home with puffy eyes, a red-tinted nose and marks on her cheeks. It required no question for Sheetal to understand the situation. That day, I beheld how the light shines so bright on the other side of the tunnel. She embraced her daughter and went on to leave no stone unturned to punish her abusive landlord.

The middle-aged saree clad woman called ‘Vimala’, greeted me every day in the morning while with a broom and wheelbarrow, she cleaned the colony. Round the clock, dedicating herself towards society, she had a good word for everyone.

Throughout the pandemic, as we locked ourselves in our homes, she stood by everyone, in every subtle need. Toiling every day, she kept everyone safe and devoted her life to selfless service, while she slowly disappeared from society.

It was only yesterday that we all were standing around her blazing pyre and none had a dry eye.

With roads and places adorned with her name, not many know the story behind it, Bhikaji Cama is still one of the most important heroes in Indian history.

Bhikaji Cama was an Indian Freedom fighter who played an incredibly cardinal role with her numerous assertions throughout history on gender equality as well as the devastating effects of Colonialism in India.

Madam Cama, came to be known as the Mother of Indian Revolution after her infamous act of Unfurling the Indian flag on foreign soil. She leaves behind a great legacy for all Indians because of her Bravery, Integrity and indomitable spirit.