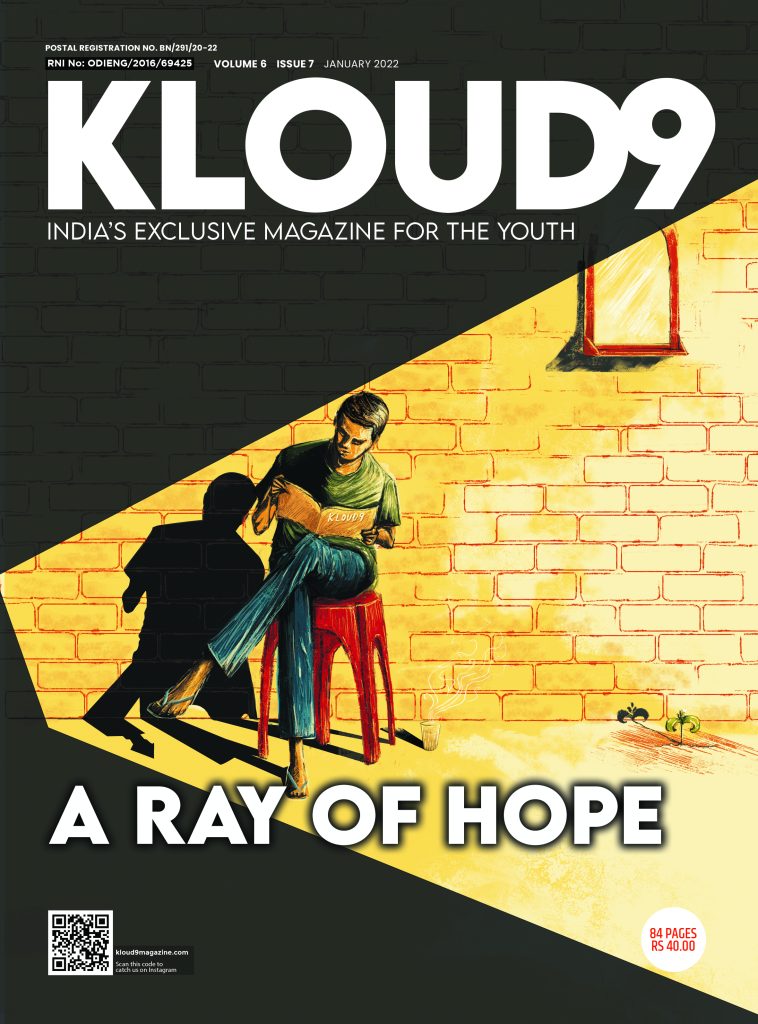 Exquisite Corpse, derived from the French term, “cadavre exquis” is an exercise wherein a unified piece of art is created by combining smaller batches of words or images, created by different curators. Much like a giant puzzle, Exquisite Corpse is an exercise that requires mental makeup at creative problem-solving. We prompted our ambassadors to indulge in this exercise- every paragraph break denotes a different author continuing the story- the result was a piece that demonstrated the universal fluidity of literature and the written form of story-telling.

He was cycling furiously in a frenzied haze as if his life depended on it. His muddy dreadlocks were bouncing behind him and he kept glancing back to see if his fellow racers were far behind. They were not. The wind battled past him in a blur of transparency, and his thin, brown body, speckled with soil, shivered. His legs had grown weary after pedaling for a minute or so, yet he continued to chase the dusk. The glistening sweat on his earthy, Indian skin kissed the oncoming gushes of stormy gales and he set his jaw in a hardened, manic grin.

He smiled with exhilaration; he could feel in his veins that the very earth was his.

He was just 10 when he realized he was all by himself. Sitting by his window sill, he realized that she wasn’t coming back. His mother hadn’t suddenly rushed out to the grocery shop after his stepdad didn’t return home again. And that was that. That he was all on his own.

“How was the race?”, Max asked me. His feet up on the sofa, he was gorging on last night’s pizza. Throwing a couple of hundred bucks on the table and grabbing a slice from his tattoo-covered hands, I replied with my apparently-too-cocky smirk, “How do you think?”

This was my life now.

The other day, I found myself beside the bank of a swiftly flowing river. I soon befriended the incoming scents of the ground encrusted with mud and the whispers of the swiftly flowing river beside me that held me away from the monotonous regularity that my life was presenting me for the past few days. An anonymous chit that was slipped to me by the security guard of our community, had saved my day from Max’s tedious gossips, and the words, “Meet me near the river bed, two hours hence” had hauled me to this place of delight. The twilight was altering into dusk but my undisclosed meeting partner was yet to be seen.

“Perhaps I might have been fooled”, I mumbled to myself.

“Think twice!”, a rather heavy and muffled male voice spoke back to me from a distance.

I was shaken by the sudden ingress of the vigilant tone and at once rising to my feet, was about to stumble down the ground when two strong arms bounced upon me holding me erect.

Those rough palms were of men who were traffickers in disguise. They were looking for children who could be traded for money. My mouth and eyes were covered and I was taken to a desolated place in an unconscious state. After hours of silence, I woke up to find myself in a muddled situation. To my despair, there were many other pale, malnourished kids along with me. From my position, I could see a boy covered in tattered clothes sitting not so far away, awfully scared with a tear-stained face. He looked like the youngest of them all. Strangely his eyes reminded me of my long-lost younger brother. Everyone had their own somber story. There was no way out, and all my wails screeching for help went in vain. Within a few seconds, those men arrived with guns and knives in their hands. In a loud voice, they spoke “Don’t you dare try to escape, or Lord help us…”

I was frightened. Two of our captors were discussing in length about the guns they had used in their past crimes, hearing those scary laughs and demonic smiles was increasing my anxiety. They grabbed a boy who was next to me and took him to an empty room, we heard the boy screaming and the men threatening him. This felt like a scripted scene from a horrifying movie, only very much real, and happening to me. The yelling and screams lasted for a long time, the rest of us, sitting outside as hostages were looking at each other, crying tears that won’t stop, praying to make at least, a last call to our loved ones.

The men came out and made the boy sit at a distance from us, boy looked as good as dead. His mouth was gagged and his hands chained.

Suddenly, I was overcome with a feeling of helplessness. Through my tears, I looked at his fingers, his shirt was covered with blood. His fingers were all chopped. I was unable to breathe properly now and felt myself fall on someone’s shoulder.

I felt a sincerely firm nudge from the person whose shoulder I was using as much-needed support.

“Hey?”, She said, the voice merely escaping her frail neck. “Wanna risk this?”

I looked to the farthest right corner of the room, at a dilapidated window with shattered glass along its edges. In the reflection of those dusty glass pieces, I saw a slight glimmer of hope.

They were at the left side of the room, huddled over in a discussion. I held my breath.

“Here’s our chance”, she looked at me. The strength of conviction in her eyes was enough to shatter iron into a thousand pieces.

That’s all that happened next. A frenzied blur as we made a maddening rush towards the window, glass cutting into our legs as we took a plunge of faith into the constrained opening. The blur continued as we ran for our lives, literally.

As the shouts behind us eventually drained out, our lactic acid-filled legs, finally resigned. Laying flat on our backs, we waited for the blur to cease.

What is this place?

As our frantic pupils dashed around trying to grasp our surroundings, all we could see was an endless stretch of road – a highway, where not a single vehicle has trodden on, for millions of years. Misty, desolate, out-of-this-world.

The deafening silence was all we could hear.

“I know this place. Come with me. Here, this way.” She held my hands as we jogged carefully upon the deserted land.

A wasteland. We had landed upon a stretch of field, inhabited by motionless, rusted iron pieces and contorted containers. The smell was terribly pungent and raw; dead rats and old, unused chemicals cluttered the vast stretch. The skeletons of aluminum and steel plates lay clattered. Our fatigued legs did not dare refuse to walk and helplessly, we trodded upon the oppressive ruins.

“My legs hurt. How long will we move?” I asked.

We were silent again. We walked for an hour. Not a single speeding vehicle crossed our eyesight. I couldn’t understand how she knew the place. She was walking along, with a certain freeness about her, and I could only admire it.

“We are almost there.”

Holding my hand again, she rushed into a side alley, and out there were acres of green pastures lying under the dark sky. It was a feat of disbelief that struck me first. My brain didn’t correspond to the picture that was before me but my gut was adamant; definite about the purity of the green grasses and goodness of it.

“How did you know of this place?” I asked in utter astonishment.

I was free, but for how much longer?