Demi Lovato and Marshmello’s, “Ok Not To Be Ok”: An Anti-Depressant Therapy 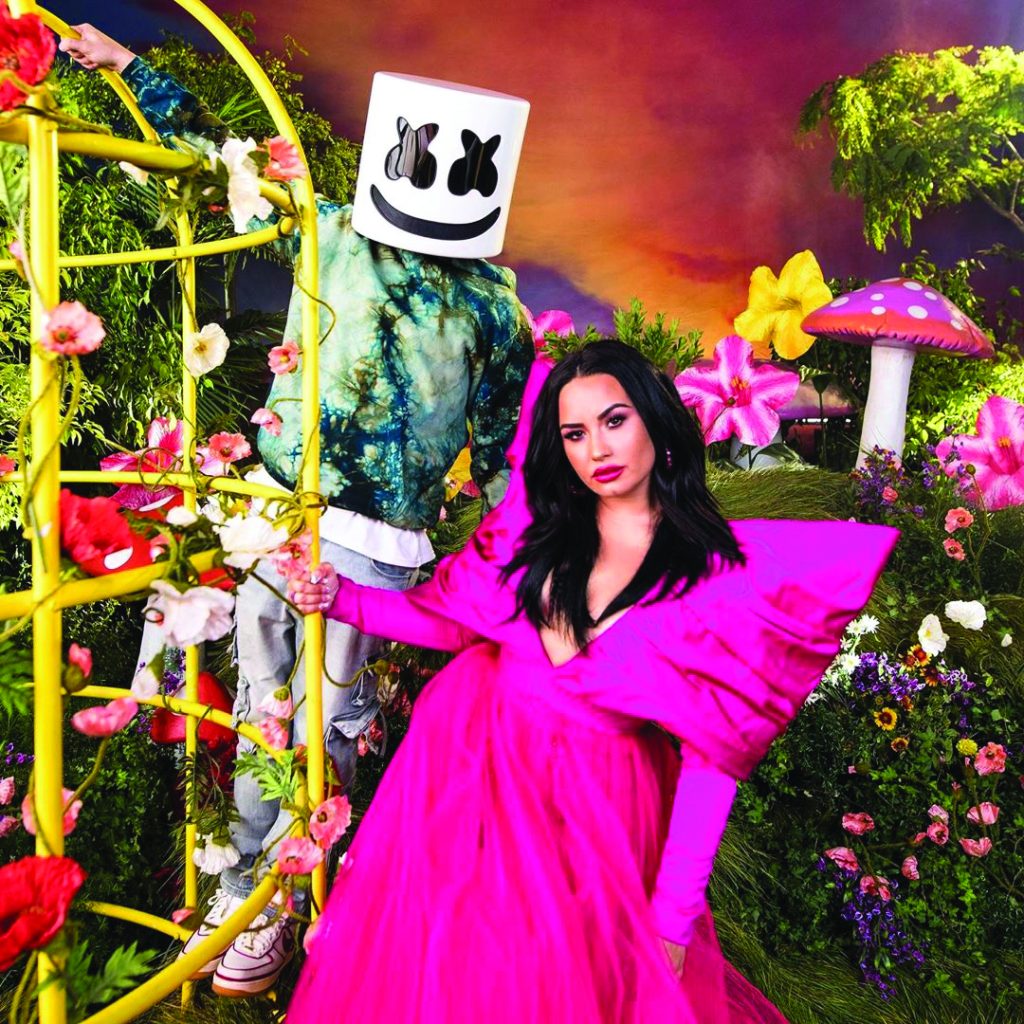 The song with the title “Ok Not To Be Ok” is a Pop song, written by Marshmello, Gregory Hein, Alesso and Demi Lovato herself who also provides a mellifluous tone to the lyrics and brings them to life. For the present world, this song holds a quite subtle but major significance. There could be no denying that every person who resides in our vicinity in this fast-paced world or anywhere on this very planet, must have had suffered from some kind of mental illness at least in a very mild form, once in their life, which as a matter of fact, is very common and natural to human build. Fighting this mental sickness is where the background of this song is set. The lyrics of this song are very accurately woven as it is meant to act as an anti-depressant therapy during times of need. It is not for the first time that Lovato has made this choice of voicing out loud a sensitive topic as such. Many of her previous works relate to her personal life and the struggles she had been through, which quite efficiently touch the strings of her listeners’ hearts and keep them hooked to the tune.

The song opens up with the words,

That don’t nobody notice

Maybe it’s all just in your head

And now your body’s frozen

Broken down, you’ve got nothing left”

These opening lines for the song, give a prominent justification to themselves. It is only when one combats mental sickness that the person realises the severe consequences one’s emotions can have on oneself. The singer claims her insecurities and compares herself to a mere drop in the vastness of the ocean, where none are there to notice her presence and existence. It is with a consecutive flow that the verse continues to a place, where the singer reckons that all these might be a part of her wild imagination or that they might just be in her head which she might have made up all herself. She further ventures into the reality where she opens up about the condition one feels when they are made to be still without movement. It appears as if they are frozen and prisoned in the fetters and shackles of their never-ending pain and miseries when the gush of melancholy lingers upon them, leaving them with no hope to live.

Moving on, we have;

“When you’re high on emotion

And you’re losing your focus

And you feel too exhausted to pray

Don’t get lost in the moment

Or give up when you’re closest

All you need is somebody to say

It’s okay not to be okay

It’s okay not to be okay

When you’re down and you feel ashamed

It’s okay not to be okay”

While dealing with her trauma, the singer realises that fighting for mental stability can bring certain high emotions which could also be accompanied by a self-destructive mindset. She further moves on saying that these crucial episodes of life can make one lose their focus and make them enervated and exhausted divesting them from even praying for mercy and power. The lyric here takes a motivational turn and asks the listeners to not give up at that time lest all those long hours of involvement and strenuous efforts they had put in, will go in vain especially when one is this close to the outcome. All they are required to do is to pour their heart out in front of someone who might give them some space and make them feel ventilated. I personally could find myself relating to this very much. It is my personal belief that weeping one’s heart out can always help them to be relieved no matter what and where the chapter of their life had stopped. Only after these lines, it is, that we are introduced to the hook of the song which very simply and aptly conveys a usual and pragmatic thought that it’s absolutely normal for anyone to feel that way when they are battling stress, depression or any sort of mental illness. People who are distressed and feel exhausted for going through the same, have complete right to feel so. Man is born free and nothing should debar him from adapting to a life that his natural and real self, offers. In order to put emphasis on the same, the songwriters used repetition as a tool to denote its significance.

Thinking you’ll never get your chance

It’s only’ cause you’re human

No control, it’s out of your hands”

The second verse again retraces its way to find the pain that is present in each one of our lives turning into an illusion where it appears to have become a mere mirage that reciprocates self-doubt, insufficiency and remorse. It is again after this that one longs to find oneself completely detached from subsistence and survival or as the lyric says, secluded from them all. It leaves a person completely shattered when the brain denies giving up the thought of despising oneself. The lines being clear enough, mention that those dark times cease any solution from ever being exercised to rid oneself out from the very situations one is trapped in. The last two lines take over the entire verse for they claim this to be a common and usual factor for any normal human being. It is no wonder that some stages in a person’s life can bring him to an uncertain dead-end and all glimmers of hope and happiness could vanish in an instant. This song conveys to us that situations at times could be so hard that they cannot be described in words and in due time without any proper help taken, could lead to depression or any other mental health illness. As a mortal being, no one holds the power to resist these emotions that nudge many on this dark path of mental illness, but one can surely fight them which will further make one stronger and prepare one with enormous strength and power.

Much like everybody else, I too have experienced many hurdles when doing the tiniest thing felt like a huge challenge. Our past somewhere in its deepest depth holds some bitter memories which we never feel like sharing with anyone. For having been through such a depressing phase, it feels miserable to me while I think of people who might even have had experienced, worse. But listening to soft, pacifying music has always come to my aid. No doubt that this song was a bundle of happiness for me. It has always accompanied me through my difficulties and hardships. It feels as if the blood in my veins has endured some magical pace every time I hear the chorus, which is how this three-minute-long video song closes. I can definitely assure the readers that hearing this will further enhance the beauty of your playlist strengthening you and touching every string of your heart! What’s the wait for, then? Bless your ears by listening to this melodious song accompanied by wonderful lucidity in its lyrics!

Aryagni Panda writes poetry and articles both on fiction and non-fiction. Her write-ups mostly concern the practical part of society. Her special interests lie in literature, art, photography and wildlife. She loves performing comic strips at her leisure and actively partakes in various public speaking contests. She currently resides in Cuttack, India.