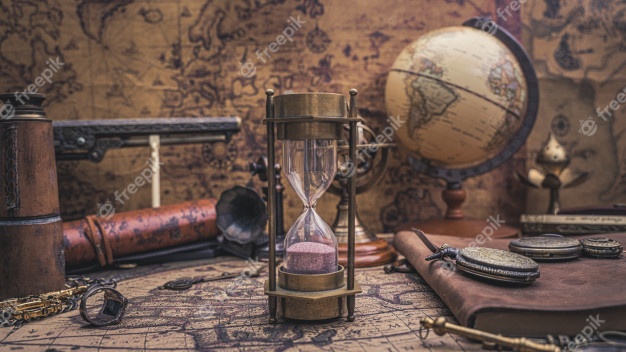 Everyone desires fame and name. Some get hold of fame during their existence, while others continue to struggle for it even after death! Everyone has to be forgotten one day, but getting forgotten after getting known is perhaps everyone’s choice- isn’t it?

Captain Frederick Young was one such guy. Young belonged to an important family in Culdaff, Ireland and his father, Rev. Gardiner Young, served as a Rector in Moville and Coleraine. An Irishman by birth, Captain Young was shipped off to India at the age of fifteen. He was given the charge of Dehradun after the British army signed the Treaty of Sugauli in 1815. Young- who joined the British army at an early age and retired after forty-four successful years as a General- is considered to be the founder of Mussoorie, a quaint town in Uttarakhand. However, we do not find much of his mention in our history textbooks and his contributions remain neglected and disregarded.

Not only he is known as the founder of Mussoorie, but also the first person to plant potato seeds here. The Paharis owe to him a lot- for the potatoes which function as a staple diet for many countrymen, for the famous St. Peter’s Church and the Sister’s Bazaar area.

The other day as I walked down the dark lanes in Mussoorie, I decided to land up at the Mullingar café. I found Mr. Mukherjee and Mr. Dey (two of my dear friends) inside, and we sat for good gossip.

While we talked about the achievements of Young and enjoyed several cups of tea, suddenly somebody hooked up at the place. The café would be unlikely to have many visitors except us who would often hang out at the café.

“Yes please”, the man told in a murky voice. The tall, elderly, stooping gentleman sat down beside us.  He had a long grey moustache curled at the ends and heavy features. He was in a hefty sapphire robe with a scarlet band around his waist adorned with several beads and jewels. He had heavy boots and a whip in his hand.

“What would you like to have, Sir?” asked Mr. Kishore.

“Potato fries, do you have?”

“No sorry, Sir. We have run out of potatoes- if you had just come a little early”

He murmured something to himself and then said, “No, no…. my horse ran all night yesterday…. What else do you have?”

“Well, with an Irish wine”

As Mr. Kishore left for the kitchen, we continued with our gossip. Hill stations have always been famous for ghosts and there is a chance that you may catch up with one. And Young’s ghost still haunts the hill station, as the locals say.

“Do you know Captain Young?” the man interrupted as we talked about Young’s potato discovery.

“He is believed to be the founder of this town…. The Sister’s Bazaar area and the Church…. what’s its name-”

“St. Peter’s”, the man said. He listened with enthusiasm.

“Oh, yes”, and with a sip of tea I continued, “Given his love for potatoes, he went higher up to the Himalayas in search of a location to grow potatoes. Then the Mullingar…. Young built it for himself as a shooting lodge. It was the first official residence of Mussoorie…. many say that he named it after a town in Ireland”

“Does he live here now?”, the man crunched upon his nuggets.

“People say on full moon nights, his ghost comes astride on a street. He ties his horse to the old wrought railing of his lodge and awaits attention from the passers-by…. But he’s no harm”, I chuckled.

With a faint smile on his face, he left the Lodge. It was around nine, and it won’t be too good to stay outside till ten. Our three friends departed soon after as well.

“Who was this man?”, Mr. Mukherjee asked as we stepped outside.

“Yes, who comes in such a European robe nowadays….”, said and suddenly saw a horse on the main road. There was a man astride on the glazing white stallion.

Heavy mist and cloud surrounded the horse, and we could not make out the features, distinctively.

As I turned to see the horse once again, in a wink of an eye it vanished. The full luminescent moon shone behind and the deodars waved in the breeze. Bright volumes of vapour lay upon the road as we strolled down to our homes.

Had we met Young just then?

Rehan Sheikh writes short stories, memoirs, and articles. His work, The Roaring Himalayas won him the Elan Middle School Writing Contest 2020 and since then his works have appeared in various leading magazines and newspapers. He currently resides in Kolkata, West Bengal, India.