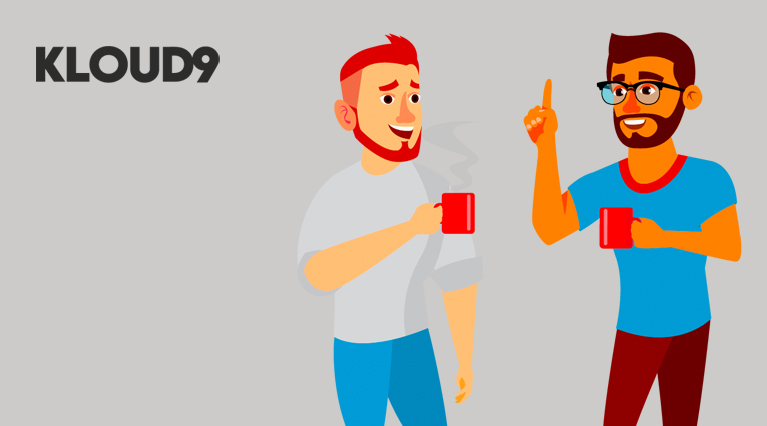 A dry cough racked my body, as I struggled to sit up properly in my bed and pay attention to my mother. She had just received the dreaded (her words, not mine) report of my COVID-19 test and was brandishing the paper in front of me.
“The report says you’re positive”, she said, her eyes scanning the pages clenched tightly in her hands. She staggered and looked up at me, water pooling at the back of her eyes.

“Okay, you’re kidding. Now really tell me what the report says, mom”. I sighed, shaking my head in disbelief.
“No, darling. It really says that you have tested positive. And by the looks of it, you so urgently need to be admitted to the ICU.” My mother’s words knocked the retort I was formulating right out my head. I gaped at her. Hell, this was it then. It explained why I had been having trouble breathing and existing through the most appalling headaches and coughs.
I cursed some well-chosen swear words at all the tiny elusive coronaviruses in my mind and grimaced.

“Why do I need to go to the ICU? Can’t I take intensive care of myself for the next few days?” I asked my now-in-tears mom.
“No, you have to go. Your symptoms are not mild and you’re nearly on the verge of passing out of exhaustion every day. I’m sorry, dear, I’m so sorry”, my mom sobbed into her arms, her wispy hair falling around her. I reached out and caressed her head softly, understanding and swallowing down the reason for her guilt and tears.

Getting infected with this world famous virus did not really surprise me, as much I thought it would. I knew I had to face it sometime in this year as both of my parents were doctors on COVID duty and they frequently experienced the generous touch of this life taking virus disrupting the lives of their patients. What really was astounding was that I was the only human in my family to be tested positive. “The innocent are always the first victims.” My favourite comeback line flashed across my mind.
Now that I have introduced you to the opening of my somewhat bamboozling story or rather an account of what getting corona really felt like by a wayward teenager, let me tell you a few vital details about myself. My name is Shyam Bosle, generally referred to as Sam. I am eighteen years old and currently I am in a government funded COVID-19 hospital, sitting up on the bare steel bed and typing this furiously onto my phone. I had heard that a prisoner had done the same thing I was doing, in jail, a few years ago and had typed a whole novel on his phone for a long period of time; the only difference between me and him was that everything he wrote was purely fictional while I was draining words from my body to keep myself sane.

I had been admitted a few hours ago, following another terrifying headache and a new dry coughing tantrum which lasted for half a day. It was twilight outside, and I was cosseted in a long room, with identical beds on either side. It was disconcerting to find out that all of the beds were occupied with wheezing and fearfully in pain inhabitants. The news wasn’t exaggerating then, as some of my acquaintances were inclined to believe.

I stared at the ceiling nonchalantly, wondering about the after effects of my absence at home. My parents would have home quarantined themselves by now and might be musing over my health, head over heels in worry. I drew out a long sigh as I let my gaze wander across the room and rest at the woman on the bed beside me.

Dressed in a hospital blue nightgown, she was the only patient in the room who was completely silent, apart from me. She seemed older than me by a few decades, though I couldn’t almost tell by looking at her comatose, slim figure. Her red bangles and a smidgen of dark vermilion powder at her forehead gave away her marital status and I assumed in my mind that she had kids. I liked to think that she might be a doctor or a nurse herself, motherly and tending to the patients with all the gentleness and concern of a mother.

She perhaps sensed me looking at her, for she suddenly turned her head and smiled at me; a smile all wrinkles. It was the saddest smile I had even seen and without warning, a powerful wave of emotions racked my chest and I felt tears gathering at the back of my eyes. I blinked. I was totally not used to feeling an abrupt change in my emotions within seconds. I thought I could understand the unspoken sentences behind the smile, her pain of bereavement from her family and the brokenness of the grappling world surrounding us. I tried to smile back. Only five minutes ago, I would have grinned carelessly and diverted my eyes away to prevent conversation but right now I found myself softly nodding and asking her about herself.
“I was brought in last week, beta. I am a frontline worker at this place”, she said, something darker clouding her scrutiny.
I smiled to myself. So she was a healthcare employee after all. I nodded again.

“Hello, Aunty. I’m Shyam. My parents work as frontline workers too, but not here.” I said.

“I’m glad you are doing your small part for society through your parents, dear. Do you believe that you’ll be okay? Only a few minutes ago, you were in short of breath”, she looked at me questioningly. Normally, I would have brushed away elderly concern but I reminded myself that I could evolve and answer her too.

“I think I will be fine, Aunty. I hope most people do too”, I said graciously. Too graciously for my advanced sarcasm, but I said that anyway.

She looked back up carefully at the ceiling again, blinking slow and hard. “I don’t know about that. Not everyone is lucky enough to be optimistic about a disease that has been killing millions across the globe. There are people out there, myself included, who haven’t an idea whether they would live to go back to their families, breathe the fresh air again, feel the sunshine seep into their skin. This is a whole lot bigger than we can see, dear. Everything is a mess.” her voice cracked and the conversation ceased.

A few minutes later, she let you a long sigh again. “Look around us. Where have we all fallen down to?”
I blinked hard again. “We’re on the beds, Aunty”, I mumbled, subtly mystified.

“No, dear. Not this. Emotionally, for decades we’ve been losing our morals and pushing our limits on the wrong side. There aren’t days in history when nothing has happened to tear apart a family, rip the virtues of a woman, bring someone to tears. It seems that…the pandemic taking over the world is slowly and perceptively straightening our long time twisted beliefs. I’m glad for this small, but huge in a way thing that is lessening the selfishness of humans and patriarchal paradigm. I live right in the heart of this all in my own way, dear.” She wiped a stray tear with the back of her hand and continued. “I have three kids who are all older than your age, Shyam. My sons live apart and never bother to call to even exchange niceties. I doubt if they even know that I’m here in the hospital, they are so deeply entranced by their own lives. My husband died almost a year ago, killing himself in an overdose of drugs. I work hard to raise my little granddaughter. God knows how to help her, she’s only ten years old and I’m her only family who can look after her. Her mother was my only daughter and she, along with her husband passed away last month in this epidemic.” Her voice cracked again, and she stopped, as a fresh bout of tears overwhelmed her.

I turned away from her, the offhand, unabashed part in me rapidly deflating as her words played over in circles inside of me. Her life had rocked me to my soul and I could not prevent warm salt water sliding my cheeks. I buried my face in my arms and tried to stay silent.

For the greater part of the year, I had been reading about stories that were too broken in the wrong places and about families being torn apart with a casual unseen violence, and shrugging them off without further speculation. Some of the videos I had seen during the five months in quarantine flashed across my eyes as though I was watching a movie. A nameless woman being viciously stabbed multiple times by none other than her husband for choosing to retain her job and fighting for her independence, that too in broad daylight. The divorce of a celebrity couple for alleged domestic violence. The attacks on a couple for making out in public. A hungry animal lynched to death by street vandals for going near them. I put my head in my hands, suddenly losing feeling in my lungs.

Violence, anger and more instances of torturous tragedies swirled in my mind; it was if there were bruises pooling inside my chest and scarring them. I realized with a jolt that my whole body was shaking and the pain was physical. A familiar voice dented the scuffle and silent activity of the room and I was even more horrified to find that the voice was mine and I was screaming like my chest was on fire. A pair of hands clamped mine and I dissolved to the absent state of the exhausted and wronged.

I woke up to the midnight steadily ticking nearer. Amazingly, I was feeling alright and gulping down deep breaths. I looked over to the woman beside me and was happy to find her peacefully sleeping, away from her troubles. I looked at her again. Something did not feel alright. All of a sudden, the respiratory machines near her shut off and the monitor beside her which displayed her pulse rate showed a sharp, straight line. I clamped my hands over my mouth to stop myself from shouting out loud. The nurse on the rounds hurried over and grabbed the woman’s wrist to check her pulse.

I sat up from my bed and watched the nurse’s face ashen with a dawning horror.

Refusing to accept the facts scattered in front of me, I thought of her little granddaughter all alone at her house, awaiting news of her grandmother. For the third time in the day, I felt my losing breath in front of me and felt tears pricking at the corner of my eyes. With difficulty, I swallowed the inevitable truth in bitterness. She had passed away, after gifting me a few final words, and one last conversation.