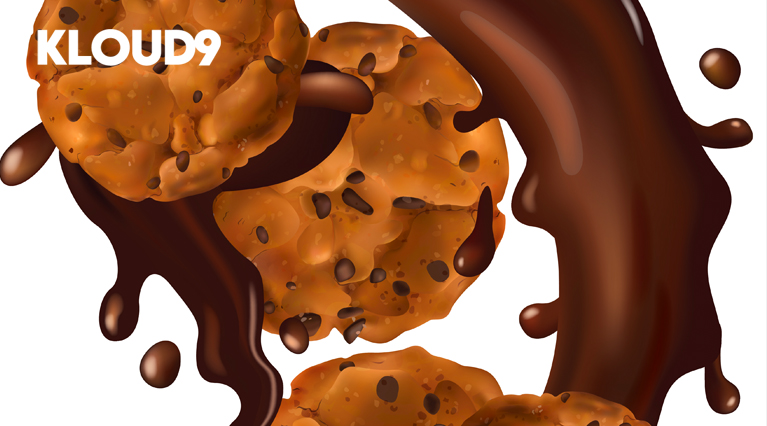 February. The season of love. Of passion. Of confessions. Rejections. Heartbreaks. Of heartfelt desires. Of an ardor rekindled in one’s essence. It was February. The season of cherry blossoms. Of paths pink strewn. A sharp, but tenacious and seasonal breeze was blowing. It could make one feel like a poet at the soul. Making one desiring to weep at how beautiful life was.

A host of high school students were walking along the street, to their high school, the Mai High Academy. Those students in black flannelettes and culottes with white shirts looked like a sea of penguins. Roaming. Lurching. Falling. Jumping. Laughing. Beaming. Getting up. But nevertheless walking.

You could even detect some lads investigating to look out for their dates or crushes in the least. But as said, nothing could be more salutary than a gathering of girls gossiping. Who was the most attractive fellow in the room beside? Who was going out with whom? Who was unwittingly exposed kissing someone? There seemed nothing better than high school romance. Yes? “High school romance is like holding a butterfly. Or a heartbeat. Like holding something complete, and completely alive”, as the oldsters used to state and simper, presumably commemorating their eventful heydays of high school love.

My sister demanded the likewise. I could often observe her hanging about her girlfriends. Also lads. Although she pretended to denounce chaps( only in front of me), I could always see her hanging out with some new fellow every now and then. To be frank, no guy would ever show his back to my sister and walk away coldly.

That could be thoroughly justified and even made sense if you ever got to saw her. A tall woman, she was. Although she could be categorized into the kind of slim, her curves made her frame ostensibly engaging. She had legs that were tailored exquisitely to the fondness of the boys and surreptitiously made the girls insecure. Her chestnut-hued long hair kept being an attraction every now and then. And her green eyes were unquestionably the cherry on the top.

Days were nonchalant. But it so chanced that the local scandal inspector of the area transferred. In the position of him, a youthful lad, conceivably still in his twenties, came up to take command in his stead. As fate might have it, the brand-new officer determined to look into the criminal chronicle of the area, to have an insight maybe. He rolled his eyes through the solved cases, where the accused were either penalized or incarcerated. In rare cases, even lynched till death.

Anyhow, those did not trigger the newcomer. Customary matters of murder, burglary, snatching, deception or even maltreatment were found in every area’s account. He was used to it. What inflated his enthusiasm was the case of a kindergarten child, who died mysteriously on the campus of Mai High Academy. He narrowed his eyes, bowed foremost on his table, and read:

He sank back on his recliner and kept gazing at the roof, but never said a word. He clutched a package of cigarettes and took out one. He put it between his lips and kindled it, still somewhat lost. He breathed out a whiff of smoke and smirked. He reached out for an internal line, and phoned a number, unabatingly waiting for a response from the other side.

“Hello? This is Ryu. Yuuta Ryu. Do you deplore if I look a bit into the 2010 murder case of that child Yanagisawa Mihaya?”

“I was awaiting such a suit from you, Yuuta-san. You may, but try not to get things dicey. Later then.”
BEEP
“Perhaps I’ll drop by at the Mai High Academy this weekend.” He gave an enigmatic simper as he stated that. He crushed his cigarette into a cigarette stub and strolled away.

So, this young gentleman allegedly dropped at the Mai High Academy, on Sunday. “Greetings, Yuuta-san! We were awaiting you yesterday, though.” Principal Doman said with rather a frosty eloquence. She welcomed him in with some qualm. After all, who in the world would like a crime investigator at his or her place?

“Oh my, I got stuck at the casino yesterday.”, he said quite expressionlessly as he made himself comfortable in the chair. “Cigarettes?” he extended.

“No. So what would you like to know about that child?”
Clearly, she was striving to hasten the inquiry.

“So, how was that child Yanagisawa murdered?”

“How would I know, he was spotted dead on the school grounds.”, the Principal said, leveling the ridge of her dress apprehensively.

“They left the city eight years before to settle down in Shizouka.”

“Any association from his parents? Possibly a phone number or an email?”

“We had two numbers of the Yanagisawa family, but I am afraid none of them are in service now. But I can give you Mr. Yanagisawa’s email, will that do?”

“Gratitude for the suggestion, Principal Doman. But I presume you necessitate it more than me. Anyways, that Yanagisawa boy must have buddies. Why don’t you tell me about them?”

“Yanagisawa? Well, he talked with everyone almost, but there was this girl with whom he used to stay the most. Umm… Kiri… Kiri…Yes! Kirisaki-san. Kirisaki Haruka.”

“Principal Doman, organize a meeting for me with Kirisaki-Kun. I am counting on you.”

The Principal saw him leave and then declined back in her chair.
“Crap, what a trouble that fellow is.”

She picked up a phone receiver and began dialing a number. “Hello?… Mrs. Kirisaki?… Yes, Principal Doman, this side… Please let Haruka-chan know that tomorrow, at school, we have an official who wants to interrogate her concerning the murder of Yanagisawa-san… We are counting on you! Yes, thanks a load. Bye.”

My sister might have never imagined that this would ever come up again. But she appeared to be least agitated.

She packed up for school like regular and left. While passing her class, she was seen, as usual, prattling with her colleagues. Messing around with lads. But then around the interval, she got a call from Principal Doman. She left.

As she entered the room, she could see officer Yuuta Ryu, sitting along with Principal Doman. Ryu began.
“Hello, Kirisaki-san.”
“Hello.”
“I suppose you already know the purpose of this encounter?”
“Yes.”
“Very well, so let’s begin. Tell me, what kind of child was Yanagisawa?”
Haruka did not respond. Her head was flopping down. Her bangs capped the entire features that just the mouth was noticeable. She clenched her tiffin but never said a word.

Suddenly, Principal Doman intervened,” Yuuta-san, you are terrifying the poor child. She appears nervous. Take her out.”

Ryu walked out into the garden carelessly with Haruka-san following him. They stopped at a lonely spot in the garden.

“Let’s hope you will produce something profitable here. How was Yanagisawa-san?”

“Want a cookie?” she said as she extended a tiffin, packed with delicious, crunchy, and mouth-watering chocolate chip cookies.

Ryu stared at her in a perplexed look, though, but said, “If you insist.” He picked up two cookies from her tiffin and started eating them right away. Haruka switched to contemplate at the azure and began.

“Yana-san… He was always by my side. Soccer. He loved playing soccer. He used to eat up my tiffin. Everyday. I can’t even recollect how many days of my kindergarten went without eating my lunch. The days I did not give him, he’d snatch, saying that it was his expense for guarding me against bullies. Yes. He used to claim that he will protect me from bullies.
But every time those bullies came up, he was found nowhere. He used to hit me in my face, quite often saying, “It’s for the practice, you know. To punch the bullies next time.” He was the evilest boy, I ever met. With a friend like that, I did not need enemies. I could survive without him comfortably. I knew that. So one day, I brought him some chocolate chip cookies encased elegantly in a paper and said, “Wanna have a cookie?” He seized the wrapper, hit me again, and left. But this time, I was beaming, because I knew there wouldn’t be any Yana-san starting tomorrow. It was February. The season of hatred. Heartbreaks. Deceit. Revenge. And a slight murder too.” She grinned at the officer as she turned to face him straight-on.

“W-Why would you…”, Ryu broke down, looking at the last bite of cookie he was holding, before the final blackout.